Your savings will grow with each shipment. Save 5% now, and up to 15% in the future. Please select size:
sampler
3 sample pouches
$24
This item has been added to your auto delivery. Visit account to manage content and timing of all deliveries. 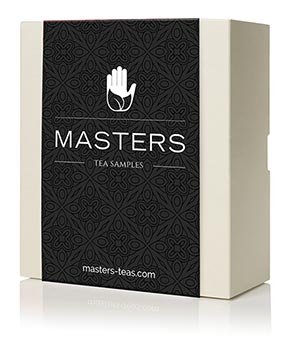 Sample the nuanced aromas of our delicate scented teas. Choose from our three jasmine infused green teas to evoke a heavenly floral experience.

After the jasmine plant was introduced into Fuzhou, Chinese people began to plant the flower extensively. During 1368-1644, the Northern Song Dynasty, Fuzhou gained the nickname of "The City of Jasmine in China". Fuzhou is regarded as the origin of the jasmine tea production process, and so far it is the only city to contain the complete production process.

The jasmine tea making process started during the Tang Dynasty and had a great change in the Ming Dynasty. Due to war, the output dropped quickly and it wasn't until the 1950s-1990s that the industry was revived and reached 60% of the total national production.
© MastersTeas - copyright 2021
Privacy Policy
Ask us a question.
Anytime!
Questions?
Adagio Chatbot
You may ask me "Where is my order?" or "How much is shipping?" and I will gladly answer your question.
If you don’t like my answer, our customer support team will email you a reply shortly. Ask me!
>