Based on 3 reviews
Your savings will grow with each shipment. Save 5% now, and up to 15% in the future. Please select size:
sample
makes 5 cups
$5$4
1.5oz
30¢ per infusion
$17$14
This item has been added to your auto delivery. Visit account to manage content and timing of all deliveries.
Origin
Yunnan, China
Farmer
Yang Qing
Elevation
1800m
Harvest
Apr 2019
Infusions
3 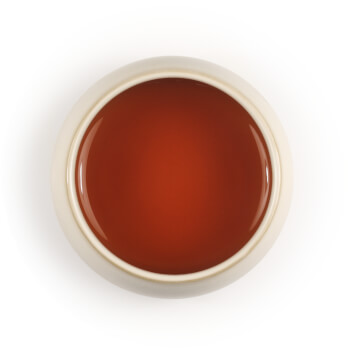 Gong Ting or "Palace Pu Erh" is a shou pu erh of the highest quality, young leaf. Here the dry aroma is slightly pungent with a fennel or anise-like sweetness, and hints of the deep forest. The sublime, layered liquor does not disappoint offering a very dark color, that is silky, smooth, mellow, sweet, hints of anise, mineral and maybe plum.

Grown at an elevation of 1500-2200 meters above sea level, our Gong Ting Pu Erh is hand-plucked from 20 year old Yunnan Kang No. 10 trees. This is a shu pu erh from an arbor species with golden buds that have been aged for two years.
This tea contains a high level of caffeine | Steep at 212° for 3 minutes.

With its roots in Yunnan Province, China, Pu Erh was originally made using large-leaf tea trees thousands of years ago. Named for the from which it was traded while on route to other countries, Pu Erh City. Pu Erh was typically compressed into bricks or cakes to allow for easier trading, aging and fermenting along the way.

According to record, it was during the Tang dynasty (AD 618-907) when merchants began packing loose tea leaves into compressed bricks. These bricks of tea were easier to transport by pack animals than cumbersome loose leaf tea. Due to the length of distances and arduous terrain, it would be months or years before the tea would reach its destination. Throughout that journey, a rather extraordinary thing would occur. The tea would transform. Not only did the color of the tea change, but the flavor of the tea evolved to be richer, fruitier and smoother. We know now that the aging initiated a fermentation process whereby microbes acted on the tea, causing biological and enzymatic changes. The resulting tea, known to the Chinese as Pu-erh, became highly prized by royalty and the elite classes, then by tea connoisseurs; not only for its distinct taste but also for its reported medicinal qualities.

If you're familiar with this tea, we invite you to try a free sample. Simply email a receipt showing an earlier purchase of the "gong ting puerh" tea to masters@adagio.com and we'll gladly mail you a free sample of this tea. 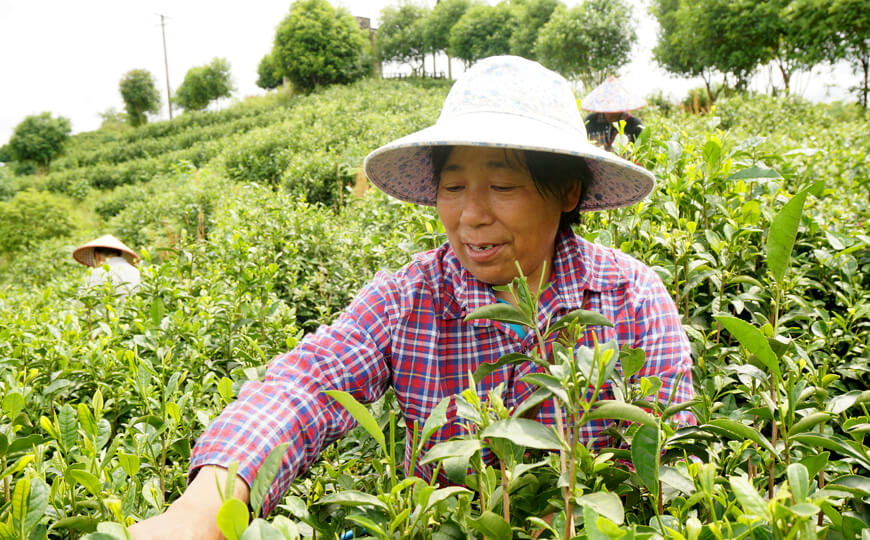 How long have you been growing tea and what got your started?
I have worked with tea for more than 35 years. I was born in a tea town, so I wanted to work in the tea area.

What is your favorite part of growing tea?
I like plucking in the beautiful mountains. I like my hometown, there are lots of mountains. It is beautiful.

Conversely, what is the hardest part of your job?
I am getting old and my knees are not very good. So sometimes when I climb the mountains I feel uncomfortable. But I don't want to give up plucking.

Are there any tips you can give on how to best brew your tea?
I suggest using glass teapot or porcelain gaiwan. Do not brew too long. It is good to drink this tea after meals, which can reduce fat and is good for the stomach.

© MastersTeas - copyright 2020
Privacy Policy
Ask us a question. Anytime! Questions?
>
A flesh and blood human will soon answer you via email. Where should we send the response?
>